Mini Chocolate Strawberry No Bake Desserts are a made with fresh whipped cream and chocolate wafer cookies for an easy dessert. 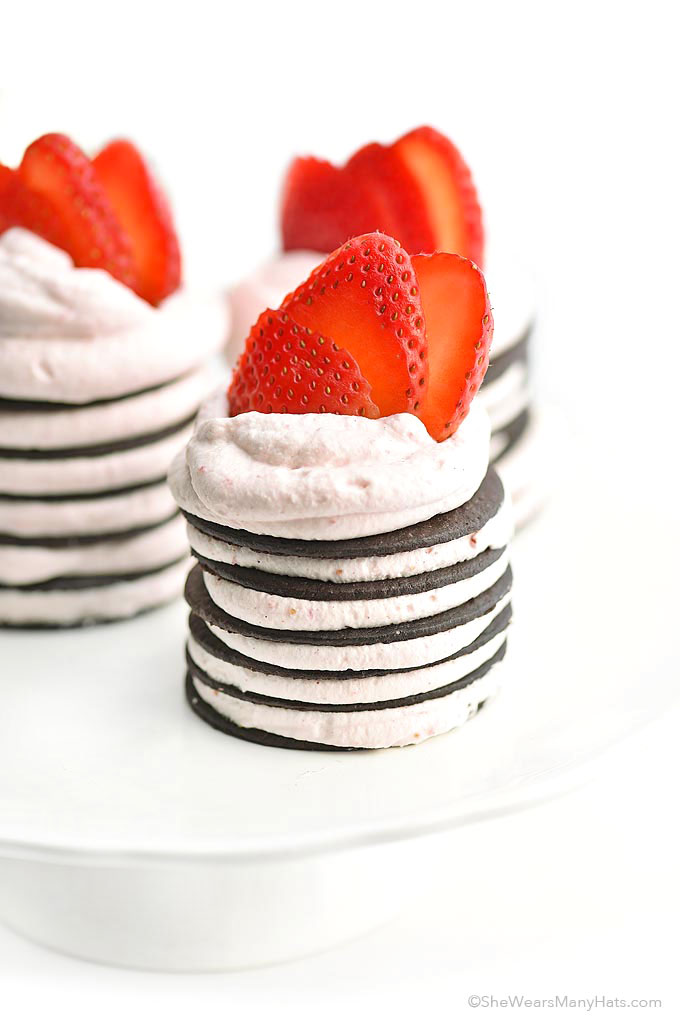 This morning was strange. It began as any other day, sunrise, birds tweeting, all that. Late morning I began working on some Easter treats. That’s when the weirdness began.

Instead of turning on my regular tunes, I thought I’d turn the TV on while I worked. The Love Boat was on. The Love Boat, y’all! The perfect show for making Easter treats. It was an episode with Bosley from Charlie’s Angels. He played a lover boy on the ship, romancing the ladies at every turn. Funny thing is, I vaguely remember watching that when it originally aired. Anyway, it made for good Easter treat making entertainment.

Then the phone rang. It was the high school where our son attends. My first thought was that 1) he was sick and threw up, or 2) he was in trouble. The school doesn’t call when awards are given out, people. Any who, it was neither. The school was in lockdown. Apparently a suspect involved in some kind of incident was on the loose. We live a half a mile away from the locked down school and I was home alone, with Bosley, who was not going to be of much help. Although that Captain Stubing could take care of business.

Right after that my son (who was not sick or in trouble) called to see if I was aware of what was going on and to see if I was okay. Sweet boy. I locked the doors, located my chef knife in case I needed to chiffonade anyone, and returned to watching Bosley make a real mess of things. Helicopters began to circle the area for the next hour or so. I pretended to not worry as I began to create imaginary escape routes and defensive maneuvers. Crazy what your mind can do, but I had it all worked out, what with all of those episodes of Charlie’s Angels under my not-black belt, I was set. And then, just like that, another call came notifying that the lockdown had been lifted and all was well again. Except for Bosley. He was in a heap of a mess.

Enough of that. Bosley can work his own mess out. Let’s talk dessert. Specifically, no bake dessert!

No bake desserts are the best. Not only do they keep things cool in the kitchen but most of the time they are ridiculously easy too. This one is no exception. It’s ridiculously easy and ridiculously tasty. With a few simple ingredients and a little time these Mini Chocolate Strawberry No Bake Desserts can be made. So easy, even Bosley would be able to pull this one off without a hitch.

These Mini Chocolate Strawberry No Bake Desserts are perfect for entertaining. Whip up some for a baby shower or Mother’s Day brunch or for a special evening celebrating with your favorite people. Enjoy! 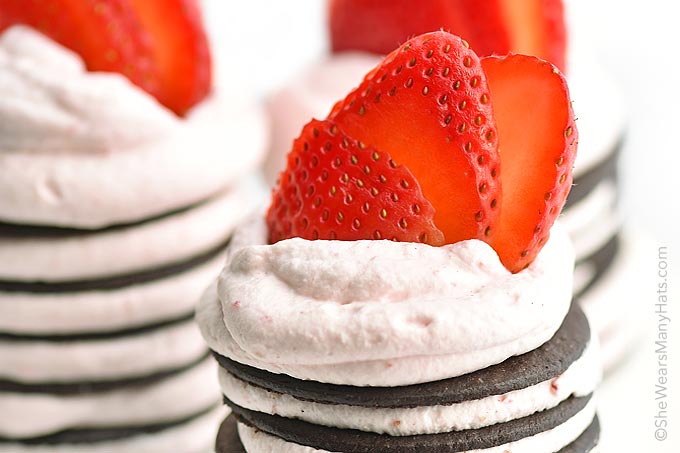