This classic Glazed Baked Ham Recipe is perfect for any holiday menu and is a cinch to prepare. 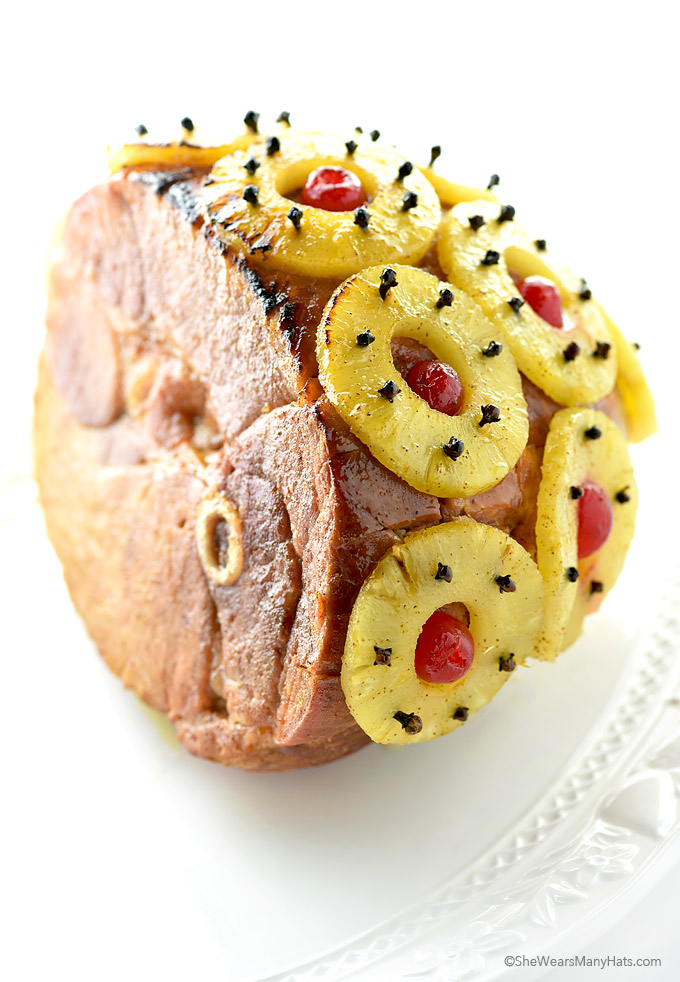 Adorned with colorful pineapple rings and maraschino cherries, a Glazed Baked Ham completes a holiday table. Yes, a dressed up ham always signals the celebration is ready to begin. For many years my grandfather was in charge of glazing and dressing the ham. He took pride in perfectly placing the pineapple and cherries. It was always a lovely edition to the holiday menu.

While it may look fancy, this Glazed Baked Ham is super easy to prepare and those leftovers can be put to good use with soups, sandwiches (like a Monte Cristo Sandwich or Ham and Cheese Sliders), Ham and Cheese Breakfast Muffins and casseroles. Breakfast biscuits with leftover ham, a bit of mustard … oh my, that is good eats. Yes indeed! 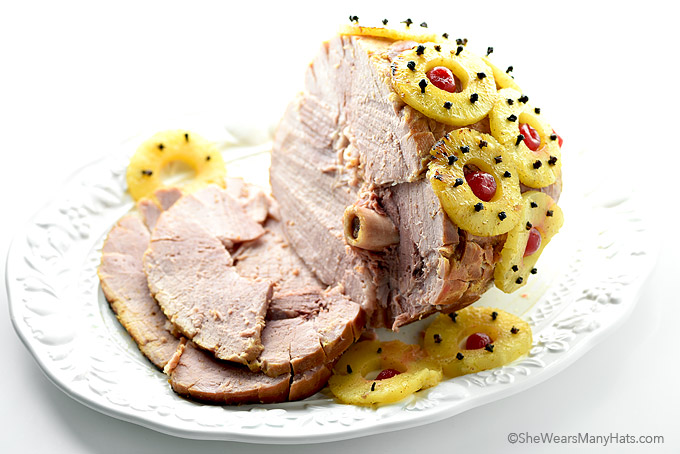