These Wasabi Noodles made with soba noodles, crunchy cucumber and toasted sesame seeds is a terrifically satisfying dish. And so easy to make too! 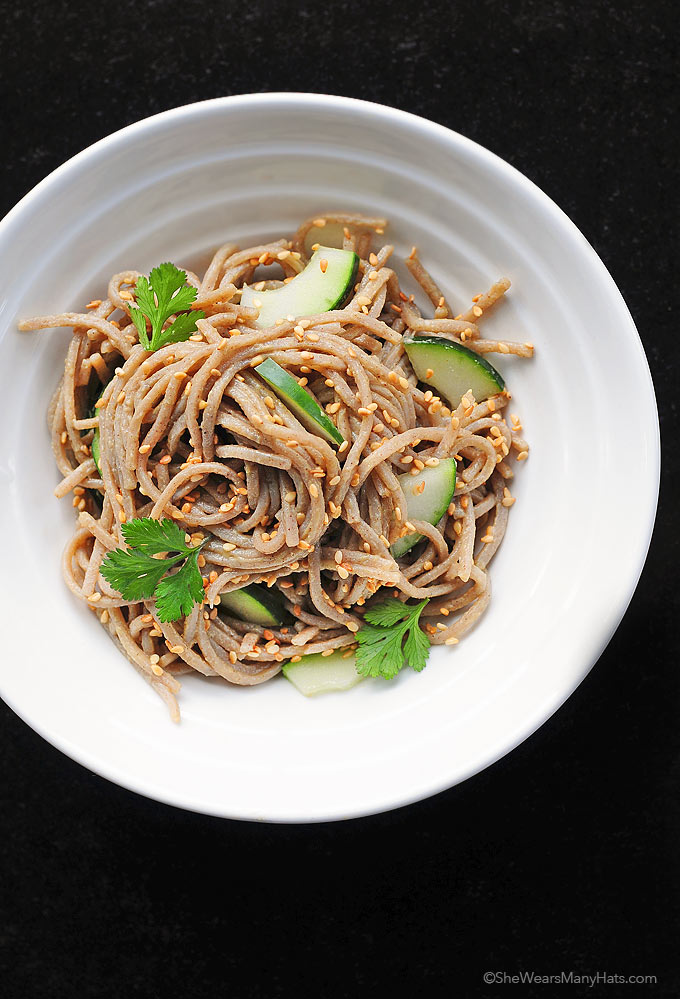 This recipe was a result of a happy accident. I was in the process of trying to whip up a few lighter salad dressing to have on hand in hopes that they would help me eat more salad. A simple combination of wasabi-sesame-honey something or another dressing was in my mind. I botched the ratios and was ready to toss it and start over. The result was too overwhelming for what I had in mind for a salad, but instead of wasting it, I decided to try it with some soba noodles hiding in the back of the pantry. Once noodles and dressing chilled, I added some cucumber and toasted sesame seeds, plus a smidgen of fresh cilantro. Delightful!

Although I used soba noodles, substitute any favorite noodle that you like. Just be sure to adjust the dressing amount as needed. 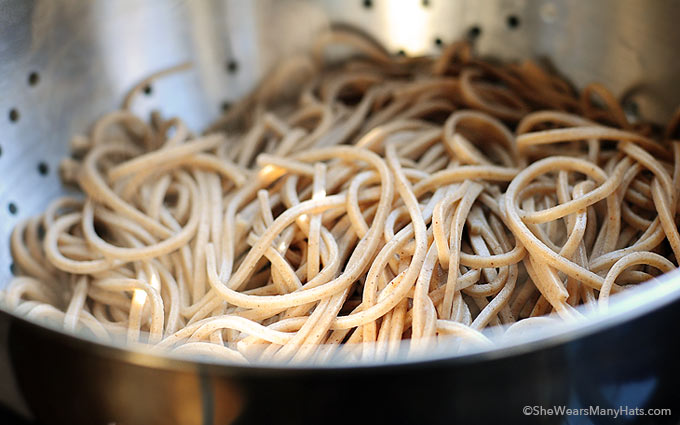 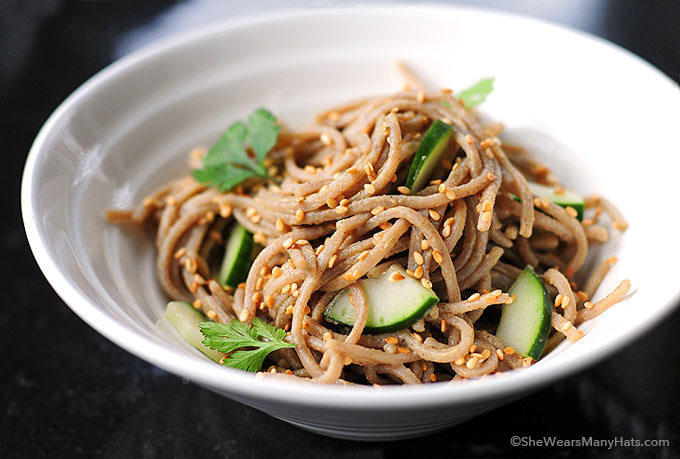 If you’re a wasabi fan, I think you’ll really like these Wasabi Noodles. My teenage daughter even enjoyed it, requesting some ahi tuna after a few bites to toss in. Um … right … I just happen to have ahi tuna on hand, dear daughter. Yeah, not so much. But it was a good idea. So, if you have ahi tuna, this would be a nice compliment. Just take my teenage daughter’s word for it.

I do admit these Wasabi Noodles triggered a big craving for sushi. No wonder, all the pieces and parts are there. Except for the tuna. Wasabi and sushi fans, try this one and let me know how you like it.

If these noodles look good to you, I think you’ll also like these recipes too: 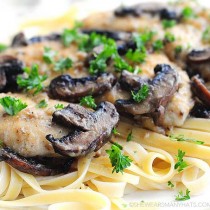 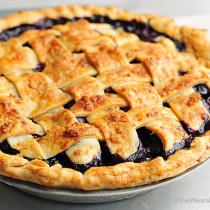 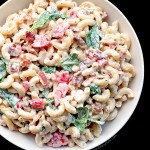