This easy Coconut Chocolate Chip Ice Cream Recipe is a made with a delicious vanilla graham cracker base with a coconut curd and chocolate chips. 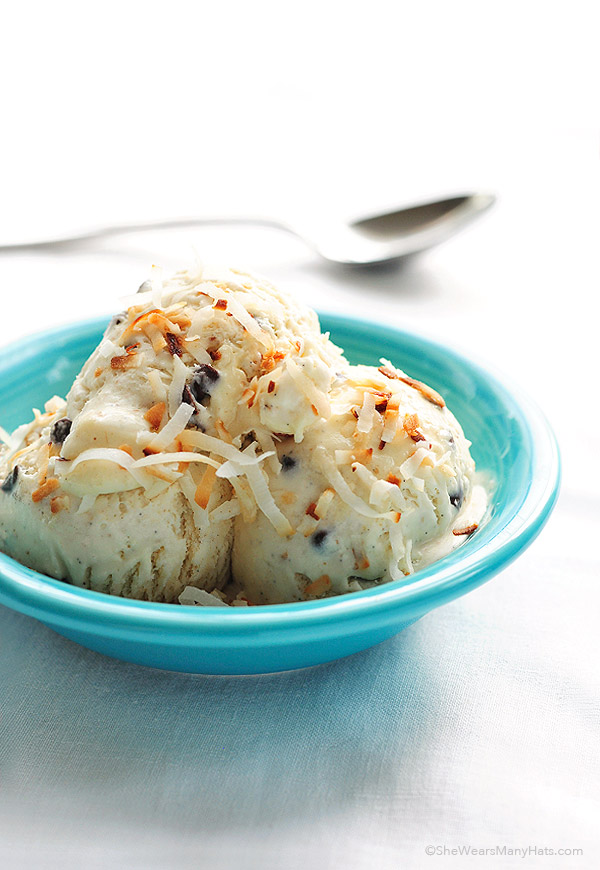 Sometimes I can get stuck on replay. Now, if I’m stuck on something like putting off exercise for days on end, that is not good. On the other hand, if it’s a replay of something like using a vanilla graham cracker base ice cream for every single ice cream I make, or putting coconut in every other recipe … well then, that would not be such a bad thing at all. So of course when my husband, Randy, requested homemade ice cream the evening before his birthday, I quickly whipped up this eggless vanilla graham cracker base, and added one of his favorites, coconut, plus some chocolate chips for good measure, to create this Coconut Chocolate Chip Ice Cream.

When it comes to ice cream, or any frozen treat for that matter, I like them all. I do have to say that a creamy custard based ice cream is so delicious. They really are hard to beat, but they do require a bit more preparation time. So when I’m in a hurry, this vanilla graham cracker base has quickly become my go-to. It’s so easy to mix up and is ready to chill in no time. Crushed graham cracker not only adds flavor, but also thickens the base just a bit. The vanilla graham cracker ice cream base is fantastic and lends itself well for so many mix-ins—like coconut!

Last week I shared a Lemon Pie Ice Cream Recipe using the same vanilla graham cracker base. Lemon curd is swirled in once it’s churned. When I purchased the lemon curd, I also grabbed a jar of coconut curd. I’ve never used coconut curd before, but with a coconut loving husband I knew it would find a purpose real soon. So as soon as Randy requested homemade ice cream, I knew just what to do. A bit of sweetened shredded coconut was also added to the base during warming and “steeping” for some extra coconut love, and mini semi-sweet chocolate chips were sprinkled in during the last minute of churning. The coconut curd was added at the end by layering it with the base before freezing to firm up. Crunchy toasted coconut was added as a garnish. If you’ve never tried toasted coconut with ice cream, you should. It’s a crunchy, nutty garnish for ice cream. 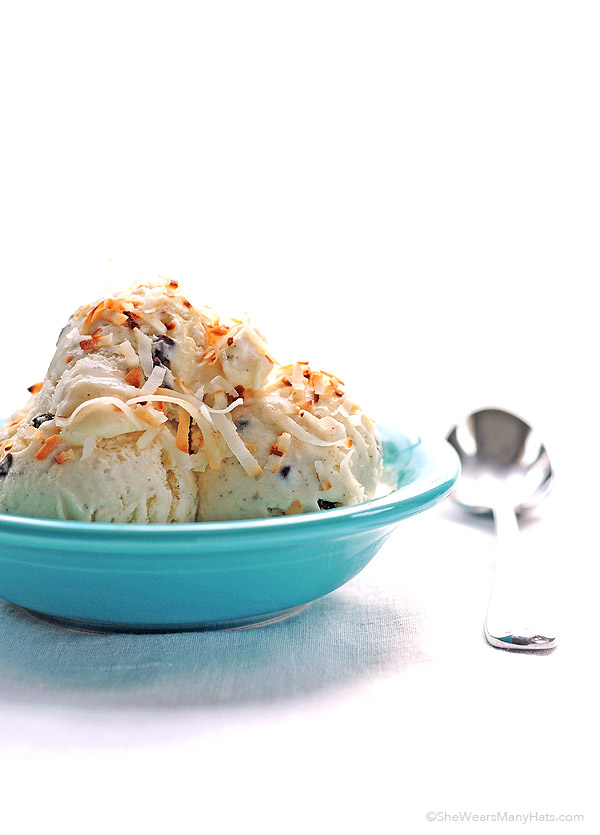 As I said, I purchased coconut curd, but you can make your own. I’ve seen a few recipes for Coconut Curd that I’d like to try. This Coconut Curd Recipe from Wanna Be a Country Cleaver looks great.

It turned out that this ice cream was his favorite birthday gift, one that he shared with me. It was decadent and rich and so perfect for a birthday. I should’ve made a double batch! There’s always next year. 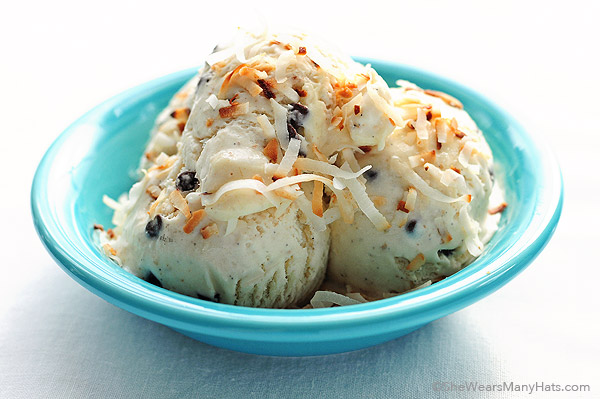