These Mexican Black Bean Pizzas are the perfect for lunch or appetizers and they couldn’t be easier to make. 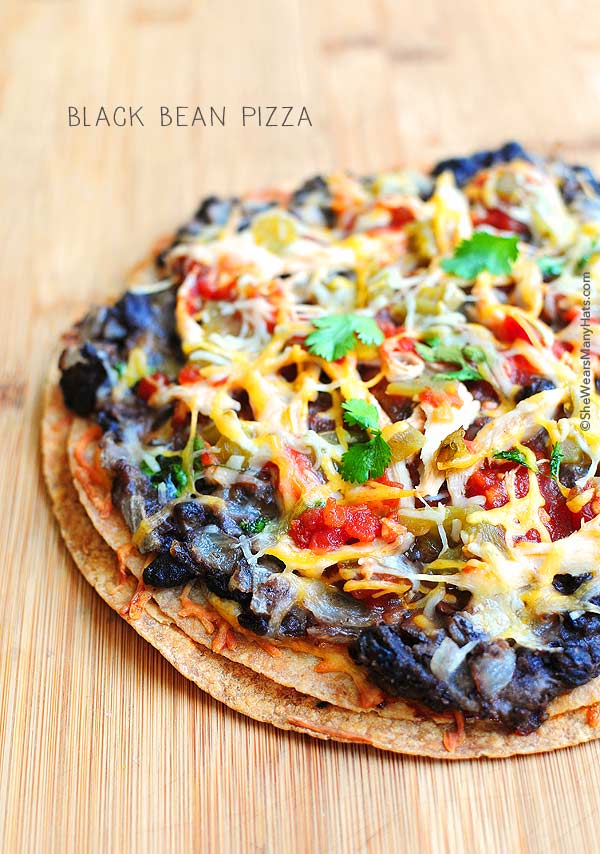 Crunchy chips, spicy salsa, and cheese dip … when the craving hits it’s hard to satisfy with something else. My daughter requests Mexican food several times a week. Of course I don’t oblige that often. It certainly is a favorite in our household, but much of it isn’t on the healthy side.

With these Mexican Black Bean Pizzas, you can create your own crunchy and cheesy version in less time that it would take to drive to your local Mexican restaurant. And it’s healthier too. No fat laden beans, or extra oils with this totally satisfying dish. I can testify that it’s Mexican-food-fan-daughter approved. Two thumbs up — three, if she had another thumb.

The original recipe from Bush’s Beans calls for pulled pork or chorizo, but I substituted lighter, shredded roasted chicken. You can delete the meat for a vegetarian version without losing any flavor. Personally, I think the black beans are filling enough on their own to be able to avoid the addition of meat altogether. Black beans are so good for that! They always add such a great texture and heartiness to so many dishes, and them mashed then combined with sauteed onions for this recipe … wow! Goodness, I could just eat the beans and onions on their own. 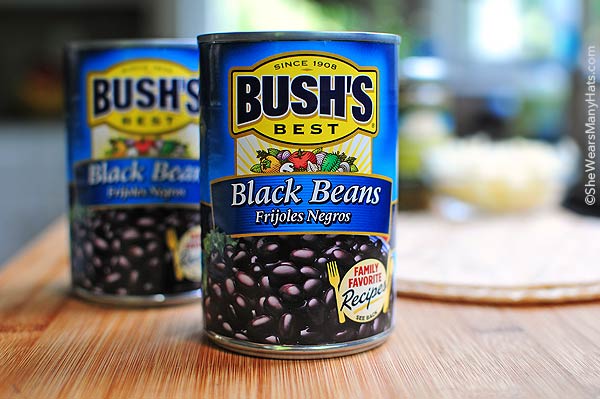 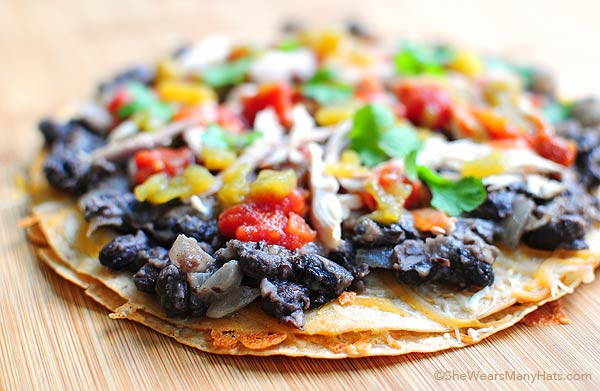 You’ll find the recipe is simple enough, and can easily be adapted for preparation on the grill. It would be great for a camp outing too! Enjoy!

Check out these other tasty black bean recipes:

(This post is sponsored by Bush’s Beans. I have an ongoing relationship with the nice folks from Bush’s Beans. This post is sponsored by Bush’s Beans, but as always, all opinions are my own.)
Pin
Share
Tweet
Share
Main Dishes Recipes Yum-Yum
Updated on February 21, 2019 by Amy Johnson
26 Comments / Leave a Comment »
« Previous PostLimeade Cake with Vanilla Frosting and Toasted Coconut
Next Post » Photography fun with the olloclip.