These Loaded Pulled Pork Nachos are super quick, super easy, and super duper tasty. I hope you enjoy this recipe as well as my husband, Randy’s, Nacho Theory below. Apparently he’s a real nacho aficionado. Who knew?

Take it away, Randy! 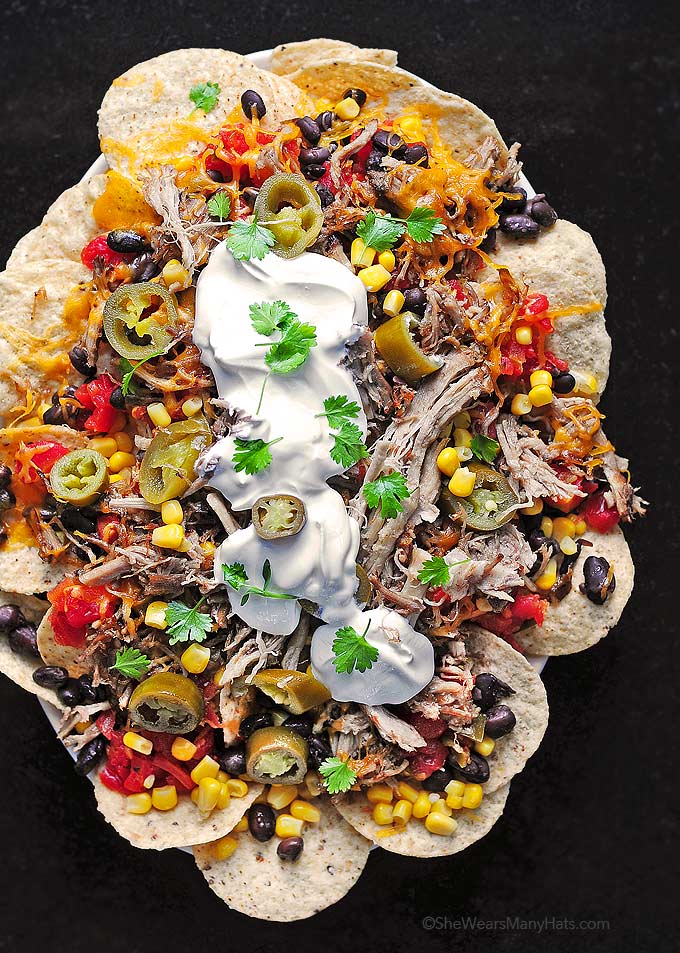 You can learn a lot about people you share nachos with. Of course we all know everyone wants to grab a chip in the middle with most of the stuff on it. Am I right?

As far as I can tell there are three different kinds of nacho eaters. There are the legalist types who enforce an equitable distribution. There are the blatantly selfish types who scarf up all of the chips stacked with most of the good stuff. And, worst of all, nachos reveal the passive aggressive types, the ones who on the surface come across as selfless but behind that veneer they scheme with the looks and gestures and barely audible sighs to get the best portions for themselves all the while making everyone else feel guilty about it.

Ironically, nachos were invented by a man who by all accounts was genuinely kind and gracious.

According to the Internet, nachos were first served by a creative and quick thinking gentleman named Ignacio “Nacho” in 1943. As the story goes, one day several wives of service men stationed at Fort Duncan in Eagle Pass Texas visited the town of Piedras Negras, Coahuila, just across the Mexican border on a shopping trip. Late in the day the ladies stopped in Ignacio’s restaurant only to find that it was closed for the day. The hospitable Ignacio didn’t want the ladies to go hungry so on the spot he cut some tortillas into triangles, put ‘em on a plate and topped them with shredded cheddar cheese and jalapenos then quickly heated it all. The plate was a hit and it quickly caught on. 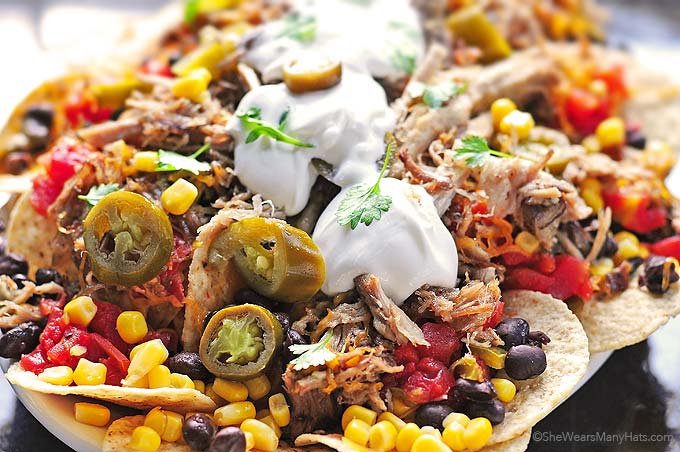 So, if you’re wanting to test someone’s character, or you just want to make a delicious quick snack or dinner with ingredients you probably already have on hand, then a plate of loaded nachos just might be your answer. Especially a plateful of Loaded Pulled Pork Nachos. And while you’re noshing on the nachos, don’t forget to thank Ignacio for such a tasty invention.

Recipe amounts are not shown. Build the nachos as you like. 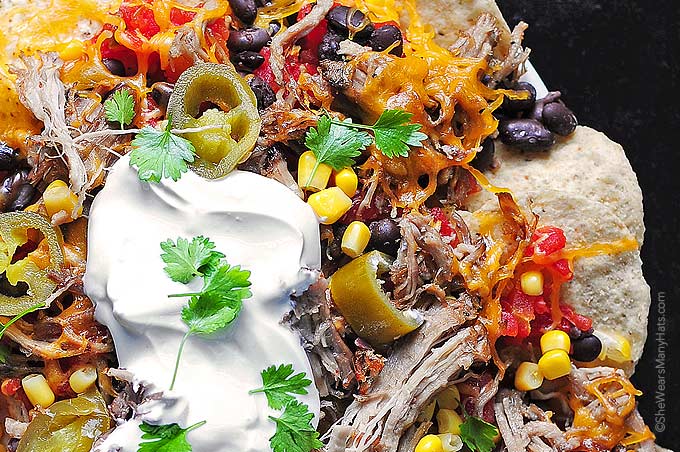