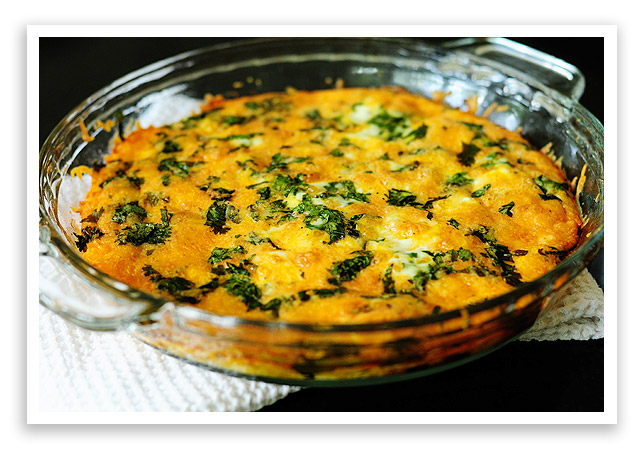 How did Peter pick pickled peppers? The peppers wouldn’t have been pickled yet if he was just picking them, right? Who writes these tongue twisters anyway? And who the heck is Peter Piper? And why would his mom name him that? That’s just mean.

When we arrived home after a few weeks of travel, I picked at least a peck of peppers, possibly a pair of pecks—a profusion of peppers were picked at their peak. Among green, holey moley, habanero, banana peppers, and pimentos, I had a bunch of jalapenos waiting for use.

Right away I started looking for ways to use them, and stumbled across a recipe for “Firecracker Pie” in my Aunt Carole’s cookbook. 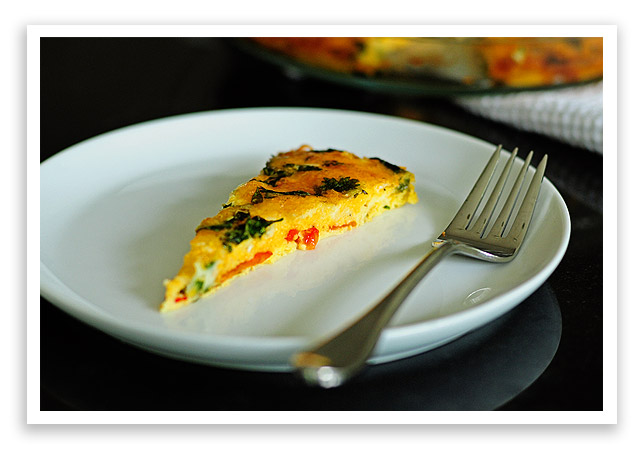 I made a few additions and adaptations, ’cause I like to play in the kitchen. Similar to a quiche, this crustless Jalapeno Pie is a cinch to make. Let’s get started.

How to Make Jalapeno Pie

You’ll need jalapeños, a little bit of olive oil, sharp cheddar and Monterey Jack cheeses (feel free to substitute your favorite cheeses or whatever you have on hand), eggs, fresh cilantro, salt and pepper. I began by roasting my jalapeños. 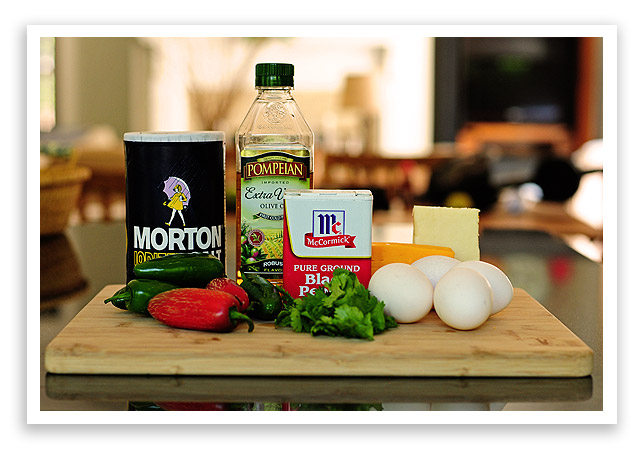 As I said, when we arrived home our peppers were prime for picking. Some had ripened to red, which is totally okay to use. When they get to the red stage, the flavor and heat will be a little stronger, and they tend to spoil quicker. Plus they’re not as crunchy, but for this purpose they’re fine. 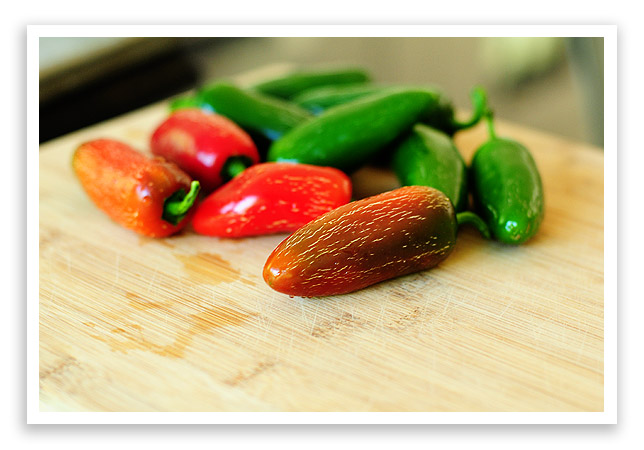 Also, you may notice the cracking, or lines on some of these peppers. That’s called “corking.” I can’t tell you how many peppers I’ve tossed in the past with corking. But don’t toss ’em! Corking isn’t going to harm anyone, anybody, or anything. It’s just a little stretching of the skin, stress lines if you will. They’re perfectly okay to use. They may not look as purty as the others, but nowadays, I’m accepting all things wrinkled with my arms wide open.

So, where were we…oh, yes, roasting the jalapeños. Chop the ends off the jalapeños, cut length wise and de-seed. 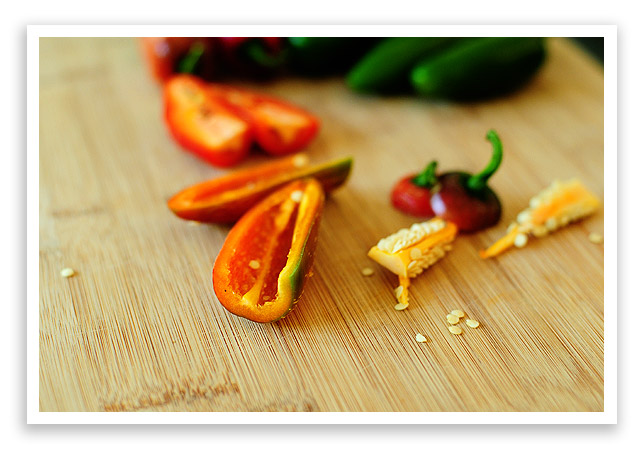 Be sure to wash your hands with hot soapy water after handling the jalapeños or you may be in for a rude awakening.

Toss the jalapeños with a tad bit of olive oil (maybe 1-2 teaspoons). 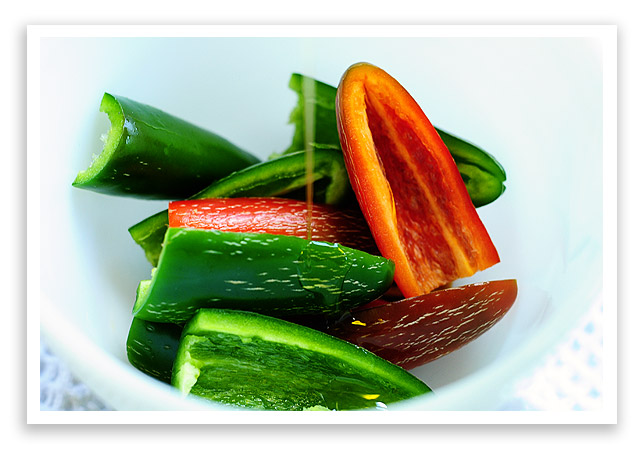 Place the jalapeños on a baking sheet, cut side down and bake in a 400°F oven for about 15 minutes. 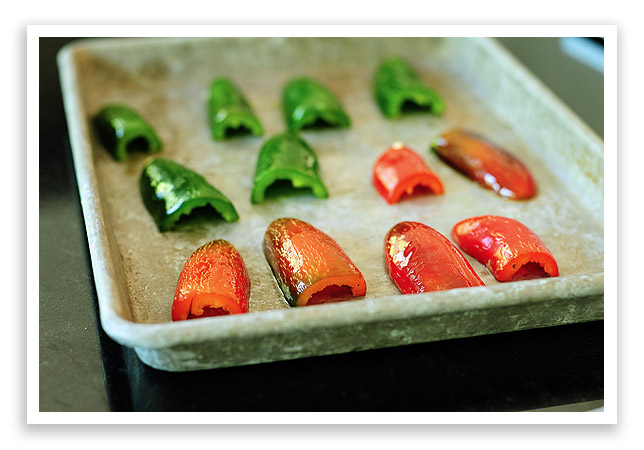 While the peppers are roasting, shred your cheeses. 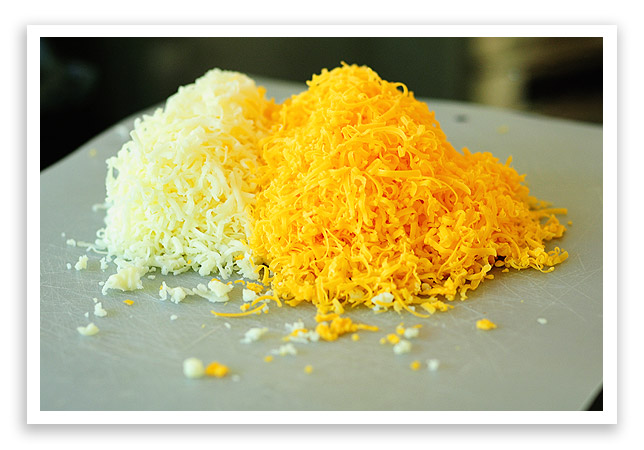 Prep the cilantro, by rinsing and giving it a quick rough chop. 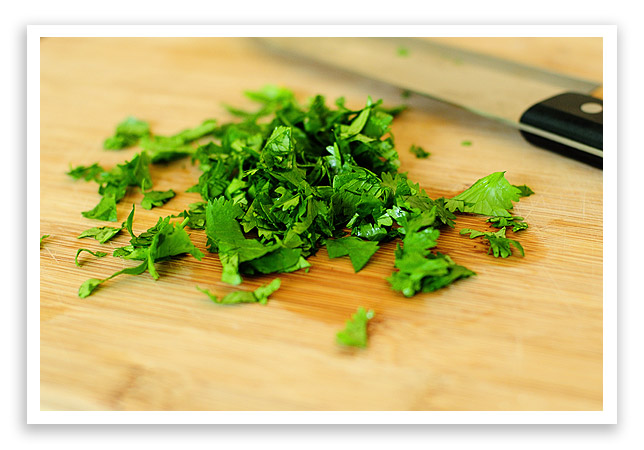 Next, crack 4 eggs into a small bowl. 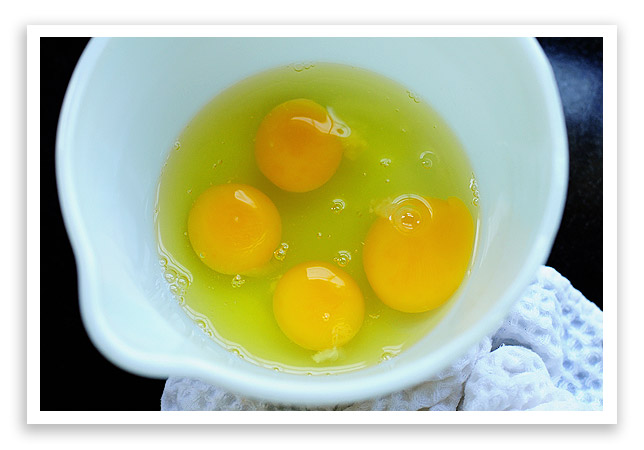 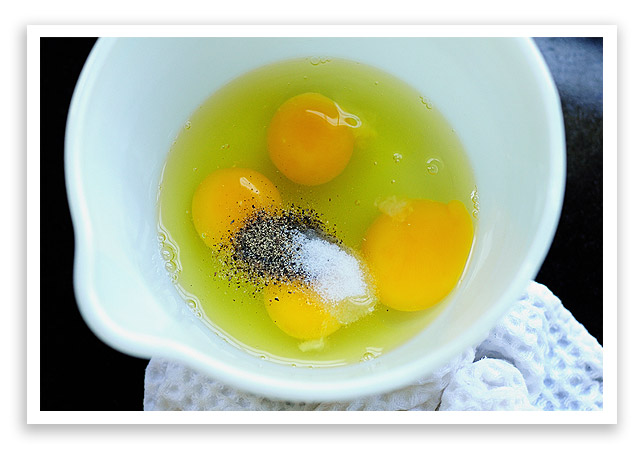 Beat all well to combine. 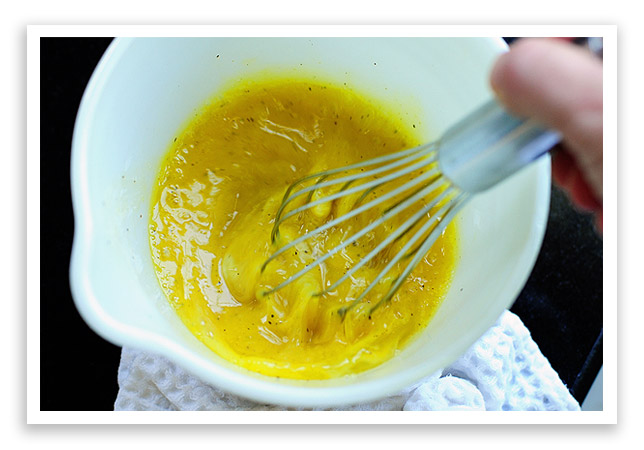 When the jalapeños have finished roasting, they’ll look like this. 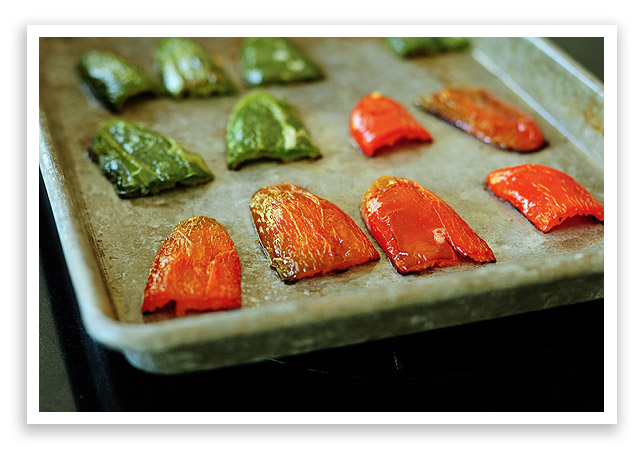 Let them cool slightly, then peel the skins off. 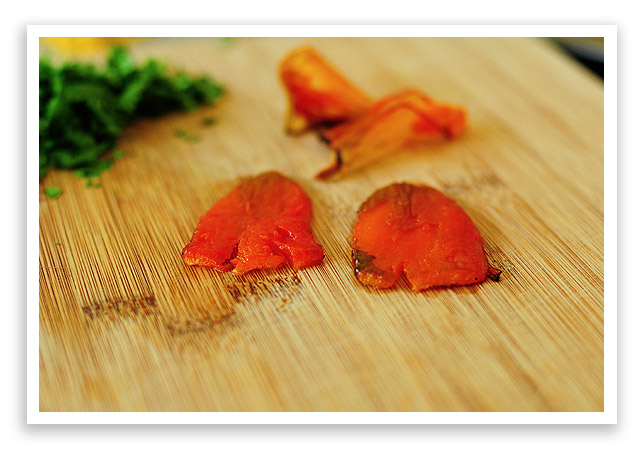 They should easily peel off, if not cover with a kitchen towel, bowl or aluminum foil and let steam for another few minutes. Once the jalapeños are peeled, stack ’em up… 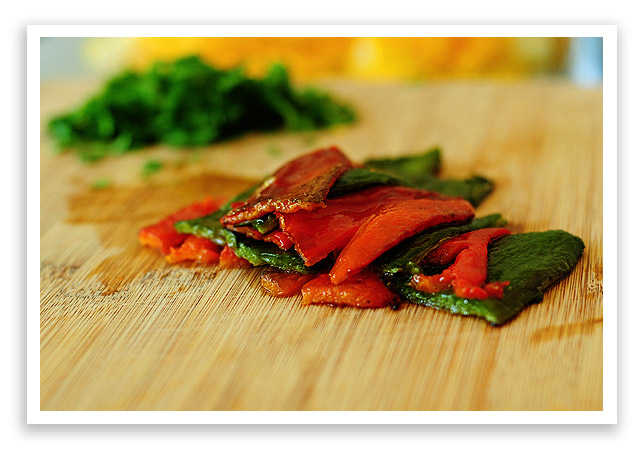 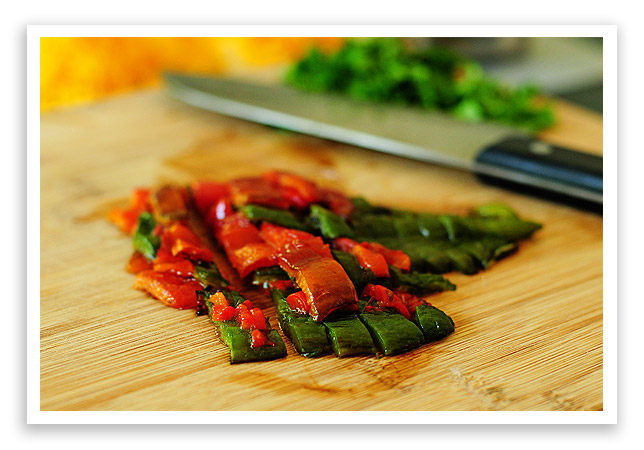 Next, spread the jalapeños in a single layer in a greased pie plate. Now, here’s what I’d change next time: I only used 6 jalapeños, but next time I’d use at least 8, maybe more, in order to totally cover the bottom of the pie plate. 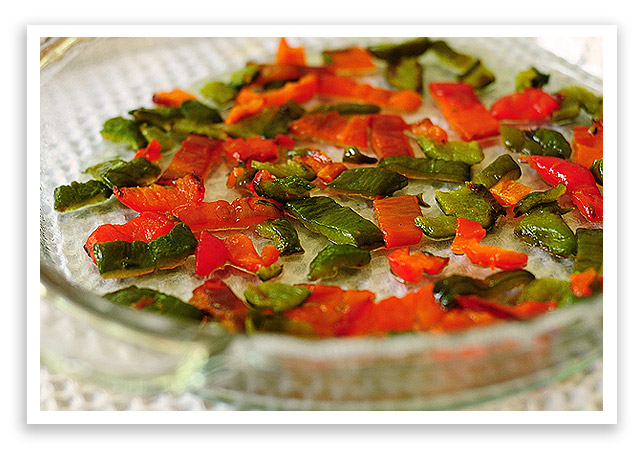 Next layer the shredded cheeses over the jalapeño. 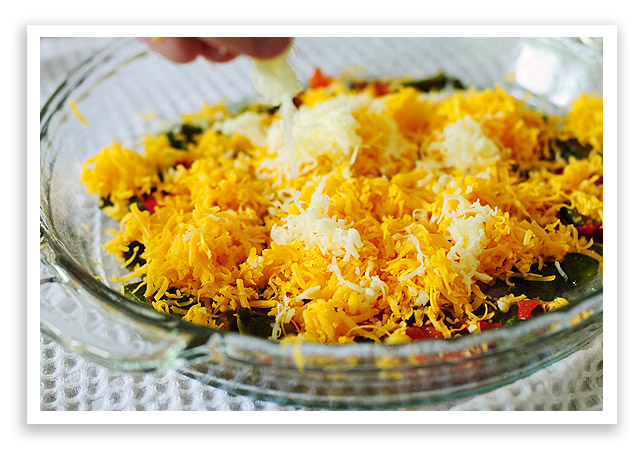 Sprinkle the cilantro over the cheeses. 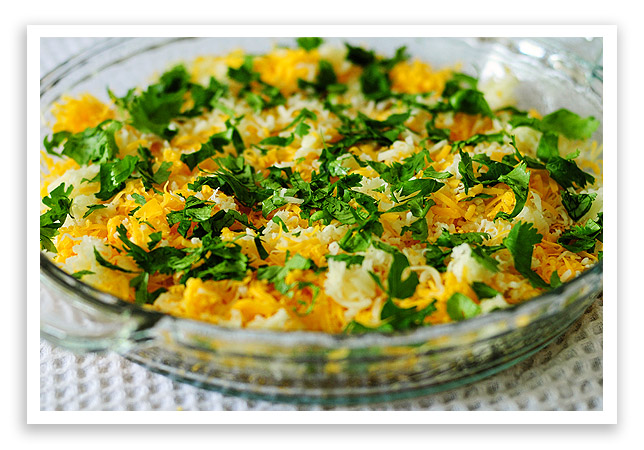 Last goes, the beaten eggs with salt and pepper. 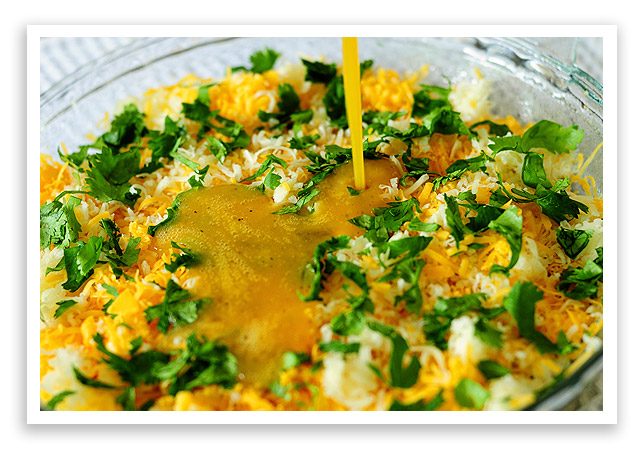 Bake in 325°F for about 40 minutes. Be sure to serve while still warm.

You’ll notice, when cooked in a 9″ pie plate, this pie isn’t that thick, which is fine. But if you want to bake it in another size dish for a thicker pie, you’ll need to adjust cooking time just a tad. 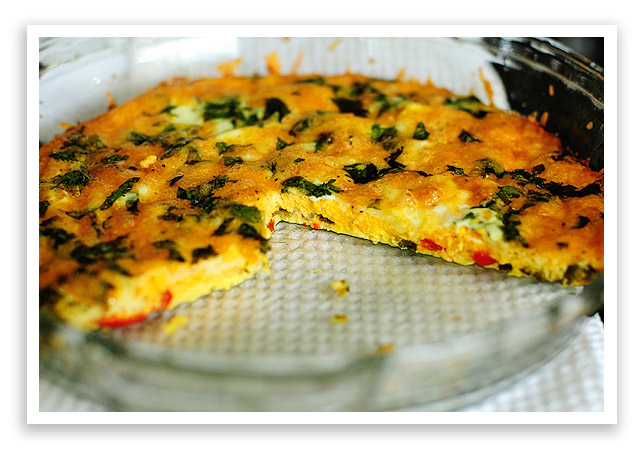 This Jalapeño Pie recipe is not only great for breakfast, but served alongside a fresh salad, it would make a delightful lunch or dinner. 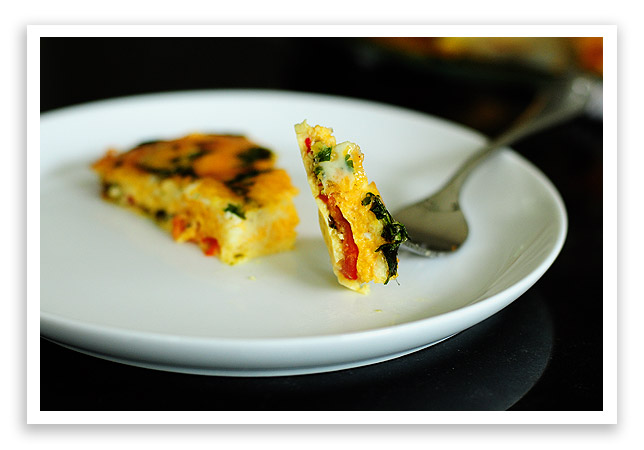 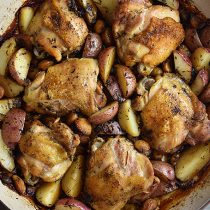 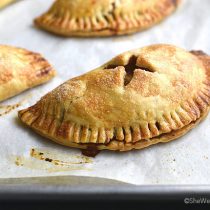 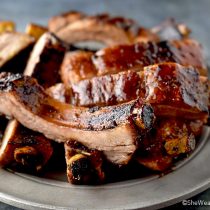