When it comes to chocolate, the darker the better in my personal opinion. Recently I made Dark Chocolate Covered Strawberry Cake that just screamed to be topped with a decadent Dark Chocolate Buttercream. I immediately remembered that unforgettable buttercream atop a cupcake I enjoyed at Magnolia Bakery in Chicago a couple of years ago. I tried the vanilla and the chocolate. Oh my word. Talk about decadent. 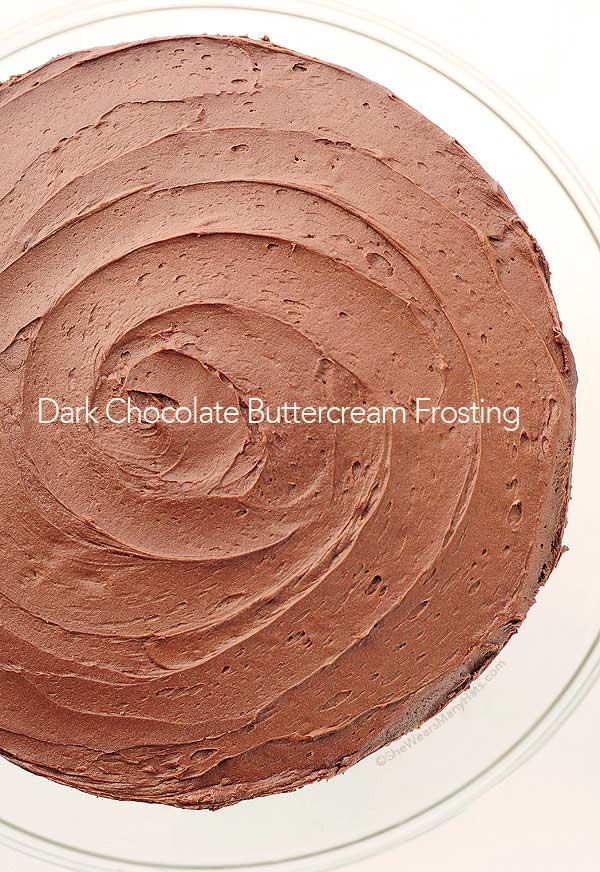 Since then, that Magnolia Bakery cupcake has become my measure for all other cupcakes, mostly because of the buttercream: light and fluffy and smooth. A buttercream worth the calories. I always think if you’re going to eat sweets, make it worth it. Eat the real stuff—not all of the time, of course, but in moderation. I really have found that once I learned what real fantastic food tastes like, especially when it comes to treats, I can easily pass on the fake, over-processed stuff. So I say, make it, don’t fake it. And when it comes to buttercream, it’s easy to make so there’s no need to fake.

This Dark Chocolate Buttercream Frosting Recipe is truly bad to the bone, but totally real. Really. See for yourself how a fantastic buttercream can take a cake to the next level. 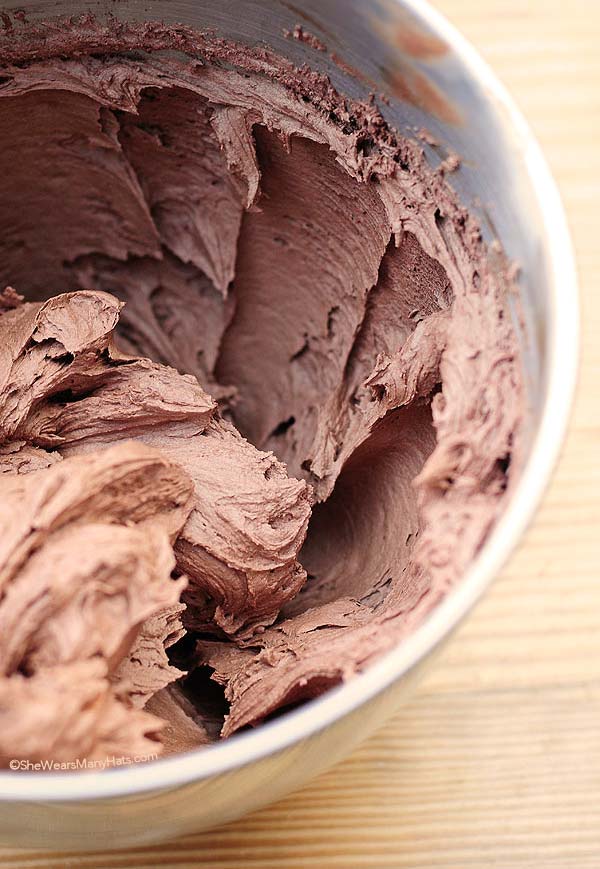 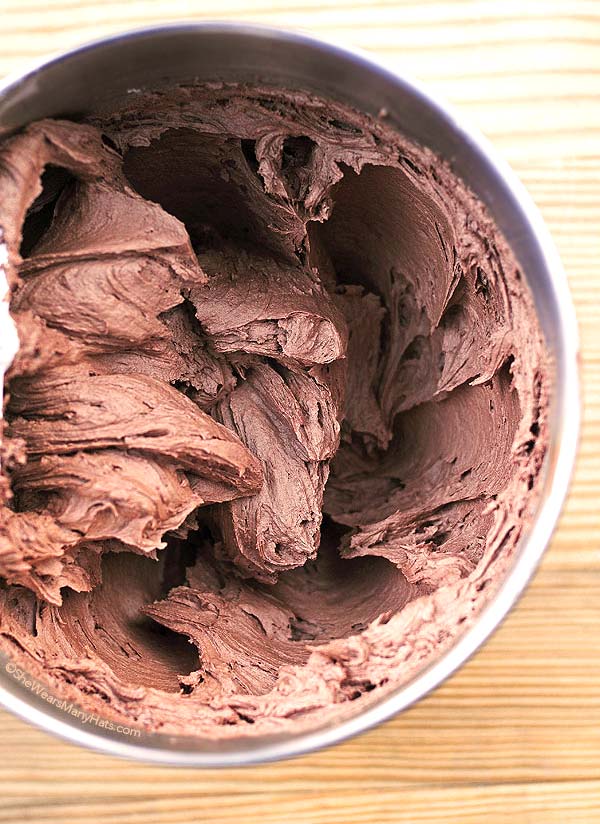 If making ahead and refrigerating, cover tightly with plastic wrap touching frosting. Remove from refrigerator and allow to come to room temperature. Re-whip, adding more milk if needed to achieve smoothness and spreadability.

Inspired by the buttercream frosting recipe from Magnolia Bakery.