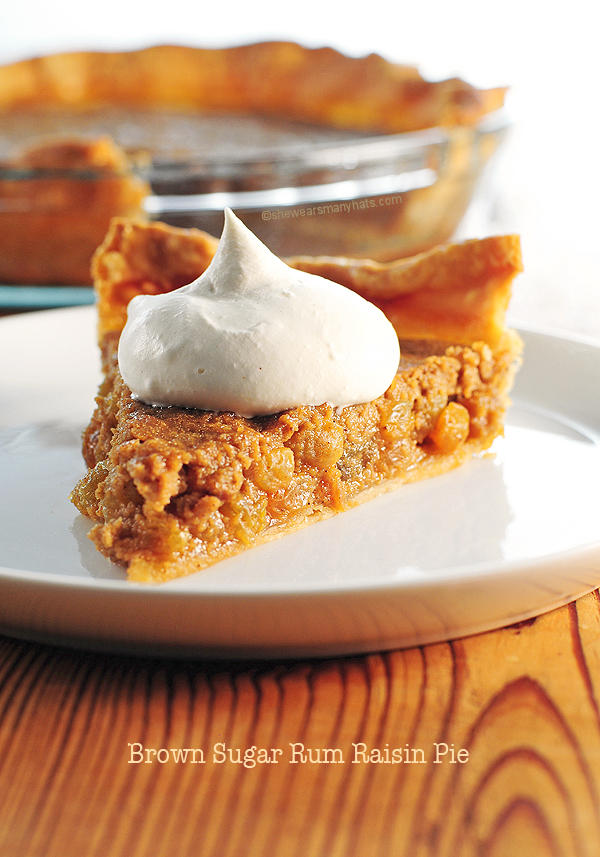 Blue sticky notes dot the well-worn copy of my aunt’s cookbook. One has marked the spot for Rum Raisin Pie for some time now. I’ve never had Rum Raisin Pie. It’s always sounded so boring and old-fashioned. But since when was old-fashioned a bad thing, especially where pies are concerned? So I thought I’d take this opportunity of it being pie week to give it a try.

This spiced-up version, Brown Sugar Rum Raisin Pie, is simple and basic, with no fluff. I made quite a few adjustments, using brown sugar instead of regular granulated sugar, golden raisins for the regular brown variety, Greek yogurt replaced sour cream, with some tweaking to the spices. So basically, it’s not really the same pie at all. But recipes are like rules, and meant to be toyed with—broken, right? 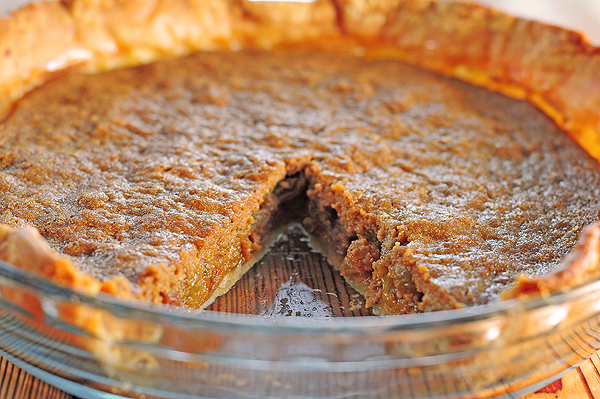 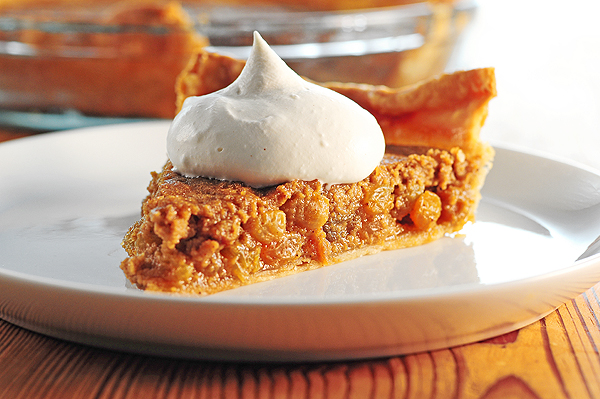 I wasn’t sure of what to expect from this pie made from broken rules, but found it quite satisfying. And topped with a dollop of whipped cream, it was sneaky irresistible. I originally planned on just a bite, but found myself wanting more. If you’re a rum raisin fan, or just want to try something new, give this Brown Sugar Rum Raisin Pie recipe a try. Give the pie a try. Enjoy!