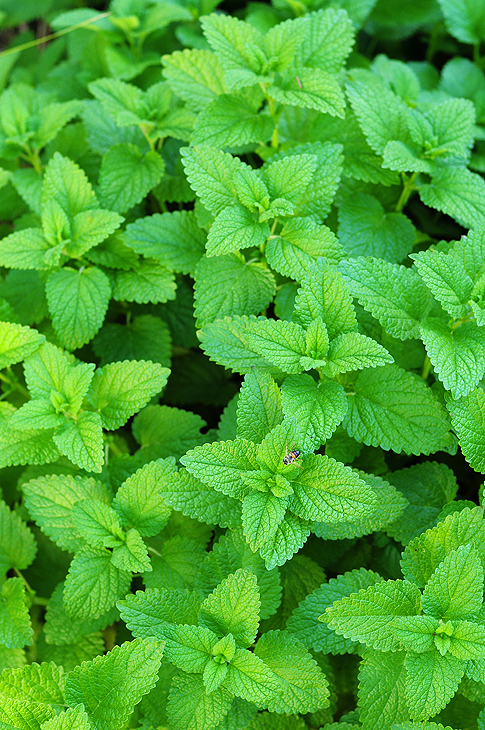 It seems I like to learn things the hard way.

I think I actually have a knack for learning things the hard way. You know, by making mistakes over and over again? Learning by doing it the wrong way may really be the best way in the long run for me. Those hard-learned lessons stick with me much better. They get locked in. Locked way in.

Take Lemon Balm, for example. You would have thought I’d learned from planting mint to read a little bit more about the plants I choose for my garden spots. But no, I chose the leathery leafed lemon balm (Melissa officinalis), that closely resembled mint in so many ways, without a second thought as to what I may be adding to my vegetable and herb garden.

It’s been a healthy green beautiful plant, but like mint, it has spread quite a bit. I’ve pulled up a few clumps here and there, but have had to resign to the fact that a major removal was in need. It pains me to pull up such healthy plants, but it’s become quite invasive. 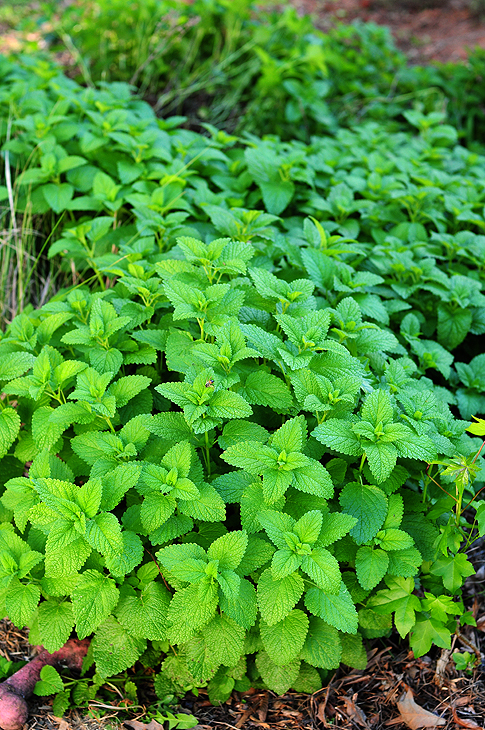 To me, lemon balm is much worse than mint’s wandering ways. Oh, they’re similar, actually more than similar. Lemon balm is part of the mint family, and spreads just like mint by sending out a vigorous root system. I can’t imagine how many yards of mint and lemon balm roots I’ve pulled up. But from what I’ve learned this week, and boy have I learned, mint sends out roots with single shoots surfacing above ground. Lemon balm is more sneaky. It seems to develop more in clumps than the mint has, very strong, interwoven clumps, then sending out heavy duty roots to develop more clumps. I’ve had an easier time pulling up mint over the years.

Getting lemon balm out of the ground once it has spread into, say … where you’ve been trying to get tarragon to grow for two years, is pretty much a pain. Or maybe where a walkway used to be? Or perhaps crowding out the purple coneflower that you’d rather see spread. Yes, you could say that lemon balm and I have had an intimate relationship over the past week. After days of trying to rid it from my vegetable garden, I’m quite appreciative of it’s hardiness. It’s a tough bugger. 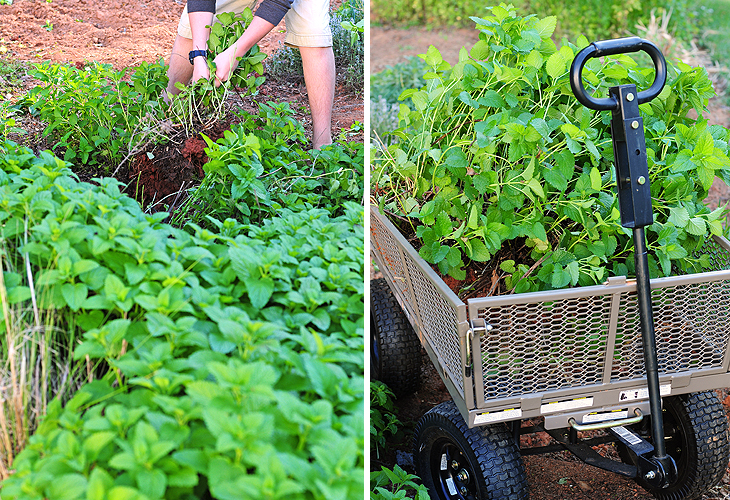 We’re not tossing it all. Our new garden cart came in handy this weekend for carrying a good amount of it to be transplanted to another part of our yard where it can grow without crowding out anything else. 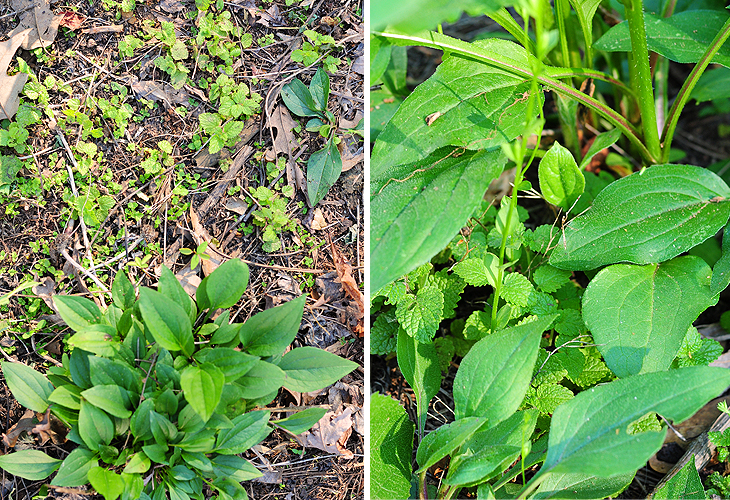 And with all the little ones left scattered around, and hiding under the coneflower that I want to keep, I know I’ll still have some lemon balm to battle in this particular garden spot for a while.

I did turn to the internets to see if there was an easier way to get the tough stuff out of the ground other than pulling and digging. After a search for “how to kill lemon balm,” I was surprised to learn even more about this multi-purpose pain in my neck. I originally planted it after reading about it’s mosquito repelling qualities, and various culinary uses, but, come to find out, there’s more to lemon balm than some nice smelling tea.

Other references I read spoke of lemon balm’s soothing ability, of the mind, as well as the skin. Anti-stress is always a good thing, and smooth skin too? Sign me up!

Of course, before spending time and money, check zone and soil requirements for lemon balm first to see if you can grow it in your area.

I for one, will not be planting any more lemon balm any time soon. It has taught me well. Yes indeed. I’ve learned this lesson the hard way.