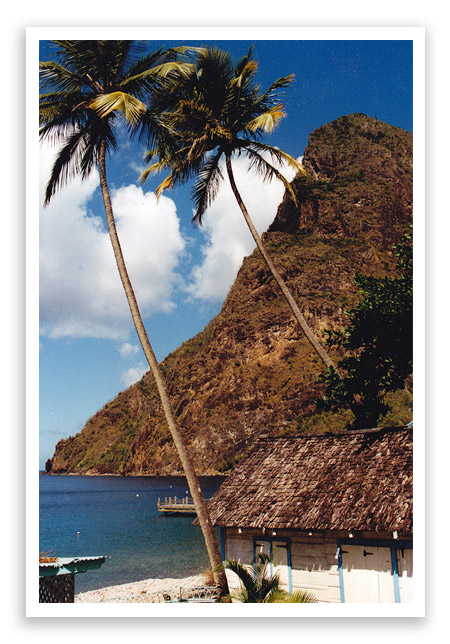 Travel. Go see the world. Go walk on a distant shore. Go taste the flavors of other cultures. Go meet new people and learn about their lives. Go have adventures that you’ll never forget.

No, we’re not world travelers, not by any means. My passport has hardly seen the light of day. I don’t speak a foreign language. Not to mention that our list of places to visit seems to get longer and longer, instead of more fine tuned. But we plan on taking every chance we get to broaden our horizons.

Why is travel so important to us?

Prior to marriage, my church required pre-marital counseling with the pastor. One thing I recall him saying was how important it was to try to take a week of vacation at a time – a whole week, all at once. And, if possible, two weeks would be even better. His reasoning was that when you account for travel time on both ends of a trip, by the time you really start to relax, start decompressing, the time is up. He really encouraged us to take that time with one another, apart from our everyday life.

Ten years later those words of wisdom spoke very clearly to me. It was 2003, our 10th year of marriage. And it stank. Sorry, it just did. Let me explain.

In February 2003 I had a miscarriage due to an ectopic pregnancy. It threw me for a loop, both emotionally and physically to say the least.

A few months later we began to plan our 2nd honeymoon for our 10th anniversary in late November. We couldn’t have been more excited. We read everything we could get our hands on and finally settled on St. Lucia. 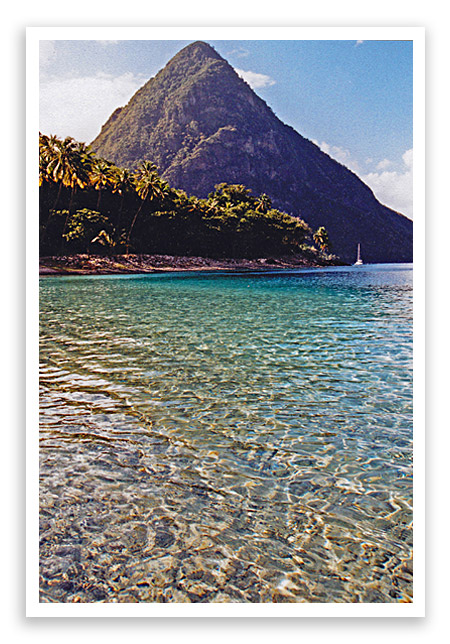 Tickets were purchased, plans were made and we began to look forward to getting away. A few days before our departure I found out that I had another ectopic pregnancy and was scheduled for emergency surgery. It was mind-numbing. The trip was postponed, which was the least of our worries at the time.

Early January 2004 we finally headed to St. Lucia. Once there my husband, Randy, scheduled a hike with a guide to climb Gros Piton, one of the two pitons on the Southern end of the island that rises dramatically out of the sea. I passed up on the adventure, as I was still recovering, and opted for the spa that day.

We usually never do things alone, but it was good for both of us. Randy had a private guide, Ja-ai, and had a great time visiting with him and trying to understand his creole/rasta accent. I think he kinda felt sorry for leaving me, but a day at the spa was just what I needed.

Here’s Ja-ai on the way up Gros Piton.

I remember sitting alone on the beach that morning after Randy left, waiting for my appointment. It was quiet, hardly anyone around. I can see it so clearly in my mind. The air was crisp and clean and clear. A soft mist floated over the mountains and then clarity seeped in.

It was then that I remembered to breathe.

It seemed as if I had been holding my breath for a whole year.

It was there on that beach, in that moment, that I began to regain my footing. I also started to really see my surroundings and appreciate the awesome beauty. That moment in time opened a door inside of me somehow. 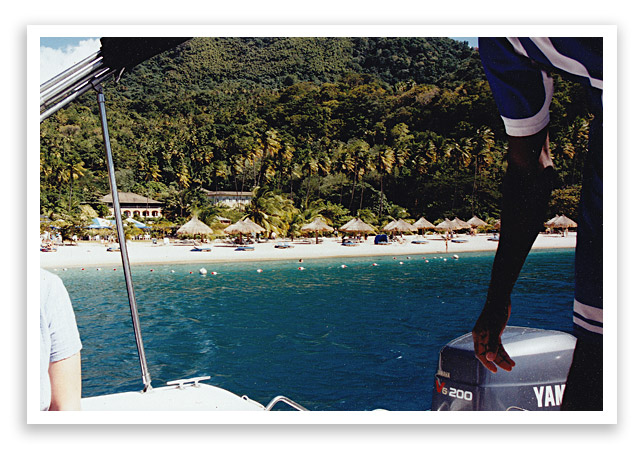 We had planned this vacation as an escape, but I began to see it as not a place to hide, as if running from something, but as a place to run to – to explore, to broaden me, to live. My eyes were opened to the world again, and a restlessness grew. A restlessness that had been there before but had been pushed aside, a restlessness to see, experience, learn and grow. 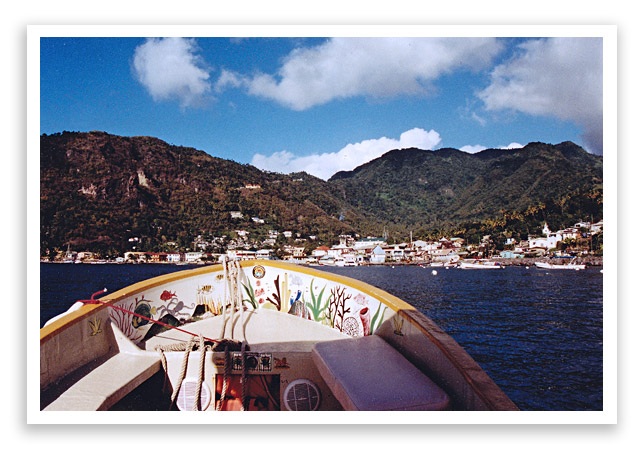 I know many people regard travel as a waste of money, money that should be saved or invested. But that’s not how I see it. Yeah, our trip didn’t save us money, but it helped save me and my mind. Travel will always be an investment in our relationship and our family unity.

Plus, traveling never fails to make me more aware of the fact that the world does not revolve around me. I hope that’s something our children will continue to learn first hand too. 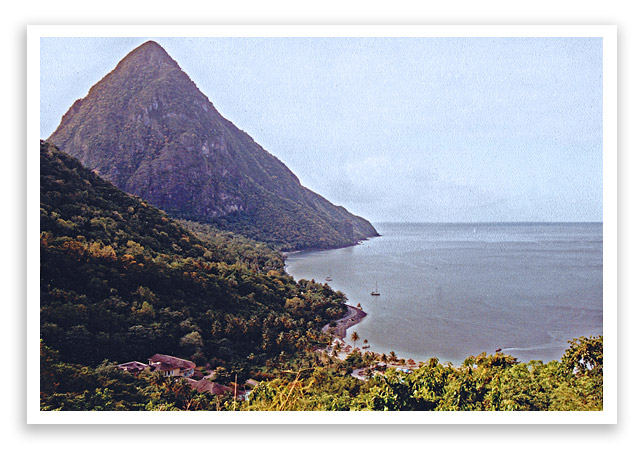 This post is more about travel in general than about St. Lucia. But I must tell you, while you’re here, that St. Lucia is a beautiful, beautiful place well worth a visit. A trip to St. Lucia, to stand on the sand between the Pitons, is definitely a must do before you die. It’s very dear to us.

We hope to return to St. Lucia one day and share it with our children. And maybe next time I’ll scale Gros Piton too. AND get some fantabulous pictures.

(By the way, the pictures in this post are all from St. Lucia. I apologize for the quality. They were taken with an old film camera and scanned from prints – ick.)

So I’m ready to go, how about you? Where do you want to go?

What does travel mean to you? Has a trip ever made an impact on you? Where was it? How did it change you? 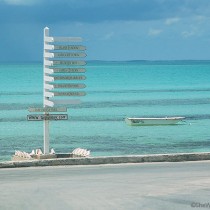 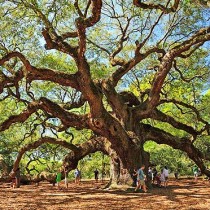 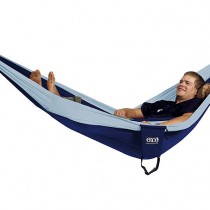