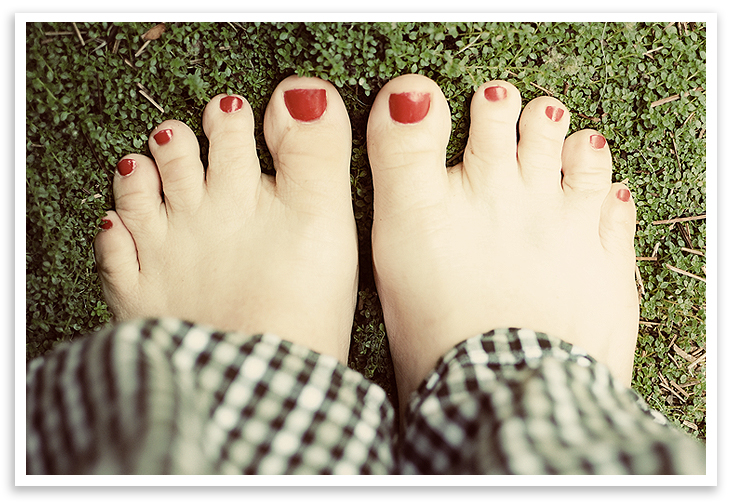 Or anyone’s feet for that matter.

With that said, GUYS, this post isn’t necessarily for you. Be forewarned. Proceed with caution fellas. Like, really, you may just want to mosey along. Have a nice day!

Tomorrow I’m having a reduction in the breast area. I’m just a tad bit nervous to say the least. Not all that keen with doctors and needles and knives in general. I suppose no one is. But I’m trying to focus on the positive. My surgeon says instead of them hanging low and pointing down, they’ll be up and pointing forward. Yeah, focus on the positive … “Upward and onward!” has been my new mantra. Or as my friend Kristen said, “Taming the ta-tas.” But after years of discomfort, there are more positives than just things pointing in the right direction.

It’s been weird to think how things will change so quickly tomorrow. Something that’s been such a part of my being, will change, just like that. While they’ll hardly be missed, there is a certain amount of thinking going on, verging on sentimentality.

Before my gals showed up, I was a tomboy. I grew up around water, loved swimming, water sports, and have always just been naturally strong. In elementary school I wasn’t usually the last picked for teams, not because I was popular, but because I was strong, and fairly competitive. The boys knew that. They would challenge me to arm wrestling quite often to match their strength. I won. Lots.

By the time sixth grade rolled around my ladies showed up. And boy, did they show up. Before the end of the year, I was more developed than most of the my teachers. An odd place for an adolescent tomboy to find herself. I spent much time avoiding wearing anything fitted or see-through, and started hearing mutterings from the boys. And it wasn’t about arm wrestling.

One of my first moments that has stuck with me regarding my development happened on the last day of sixth grade. At the end of the year awards, the teachers decided it would be fun to award each student a “What We Think You Will Be When You Grow Up Award.” By then I was interested in art, and had even had some of my work featured at the state fair that year. I was a fine student of the clarinet, and also won the P.E. award, probably due to beating out seventh grader, Jonathan Wilson, who was, in fact, a boy, for the school sit-up record (602 to be exact).

My sixth grade teachers recognized none of that. While they could have creatively foreseen that I would become an artistic, athletic combination of some sort, they predicted, and announced in front of the whole sixth grade that I would become “A Dallas Cowboy cheerleader that smiled all the time.” Nice. Mortifying? Much. That was just the beginning of many years of comments and jeers directed at my chest.

Seventh grade brought about me following my passion for the water by signing up for swim team. While I was a strong and fast swimmer, the “ladies” proved to be less than sleek and streamlined for the water, creating lots of drag. Frustrated to say the least, I didn’t pursue that for long. And no, cheerleading was not an option.

High school came along with all the frustrations associated of the well-endowed in shopping for stylish, age appropriate clothes to fit, as well as the comments and insinuations that come along with looking a certain way. Speculation based on looks is hardly ever a good idea.

I remember one year for Christmas my mom bought me an angora sweater, cream colored, with a cowl neck. It was lovely, but not quite the right choice for my body type. I can only imagine that I had asked for it because it was the latest style. I don’t recall. I do recall wearing it once.

I was in Chemistry class and had just returned to my seat and heard two boys whispering. “I wonder if they’re real?,” was a snippet of what I overheard. I quickly scribed them a note telling them that, no, they were not real, and actually, it took a full roll and a half of toilet paper each morning to get the job done. That was just one instance, many others followed, along with the silly, degrading nicknames. I always replied with a polite “hardy, har, har” attitude, but from that point on I was pissed and done with people thinking they knew me based on what they thought they saw. It seemed as if that part of me was blocking people from seeing the rest of me, the real me.

College followed with more of the same, just sometimes more vocal. On more than one occasion I was harassed from a passing car while walking to class or dinner. I spent much of the time self-conscious about the obvious, that’s when I first met with a surgeon about having a reduction. I chickened out back then, and then once again a few years ago.

It wasn’t until I mentioned the procedure to a few friends this last week, who were surprised as they said they never considered me busty, that I realized that I was no longer that insecure adolescent feeling weird in my own body. I have a wonderful husband, family and friends who love me for me, and don’t see that as part of my identity. I was the only one still living in that place, still holding on to the comments, nicknames, and innuendos from long ago.

Now I sit ready for tomorrow to come and go. All of this is said, not for me to moan and groan, throw myself a pity party, or even justify what I know some think is an unnecessary procedure. I have to be thankful for being created with this body, frustrations, pains, and all. While my “girls” have brought many years of discomfort and angst, I’ve learned a few things from carrying them around all this time.

One thing, words really affect people. Teasing, even in a friendly jesting way can stick with people for a long time. They can mold people into what isn’t their true self. Words can have a lasting impression.

I know I’ll be happy and very relieved to say goodbye once and for all to these ta-tas, but I’m going to try to always remember what they taught me.

Upward and onward I say!
. 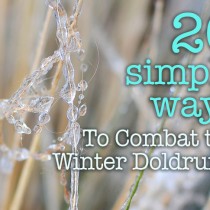 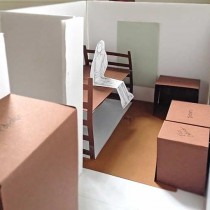